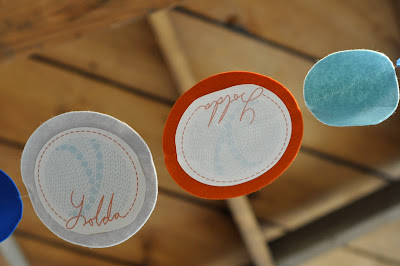 And the Ysolda adventure continues...

As we know from the last post, all sorts of fun was had at the party.  Late that night, we locked the doors to the shop, and Cookie, Ysolda, Michael and Adrienne went to dinner at one of my favorite restaurants, Fonda. After drinking, chatting, and eating, in that order, we headed home. This is the point we were said goodbye to Cookie for a few days so she could relax and do some work. She was preparing to go to Europe with Anne Hansen for a few weeks.

One of the great things about Ysolda writing a book is that she had work to do while visiting - so that gave Adrienne and I time to do some of our own work. As any one in this area knows, we have our biggest show we do all year February 17th, Stitches West. So, we have had a lot of dyeing to do.  And now the great thing for Cleo, is that Ysolda was willing and wanting to hold Cleo pretty much every minute of the day - even going so far to type with only one hand. Cleo!! 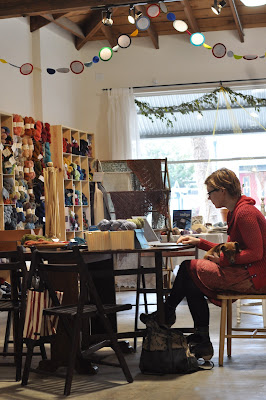 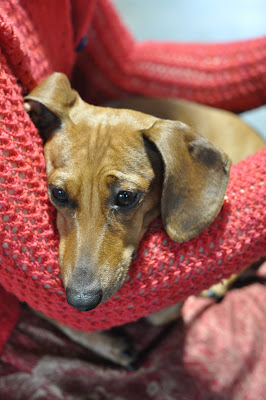 After a few hours would go by, it was time for hooky! We could not have Ysolda to come all this way and not show her a few sights!

One evening, Adrienne brought Ysolda to the Marin County Civic Center, designed by Frank Lloyd Wright, and the Golden Gate Bridge at that magnificent hour when the sun is about to go down and the fog is swallowing the bridge, the sea, and the city. 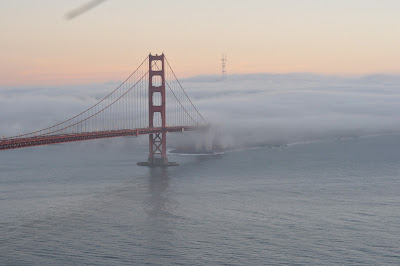 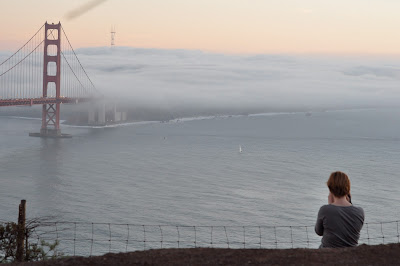 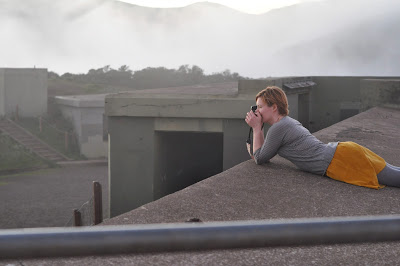 We also spent a day exploring the coast. We went to Point Reyes to visit Cowgirl Creamery where we picked up some local cheese, then to the Tomales Bay Oyster Farm, where we slurped oysters and Ysolda climbed a huge pile of oyster shells, Drakes Beach, where we saw a very large Elephant Seal, and to the tide pools at Bolinas's Agate Beach. 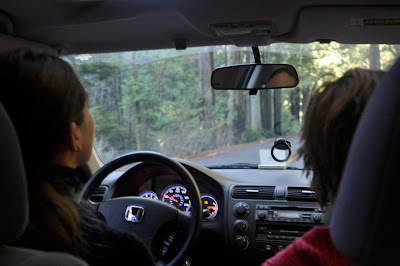 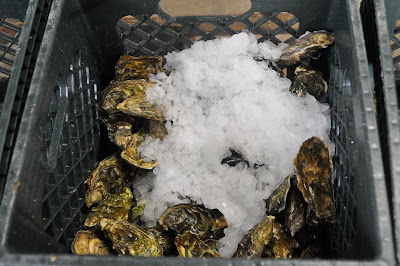 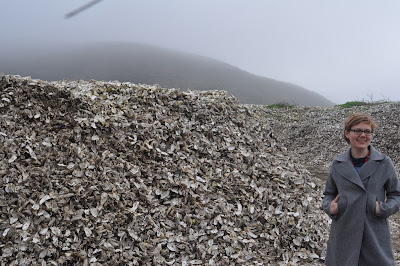 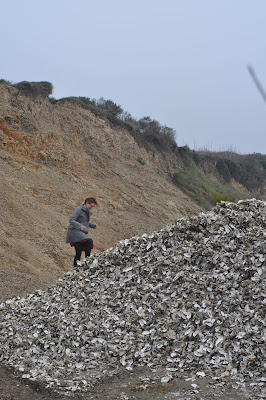 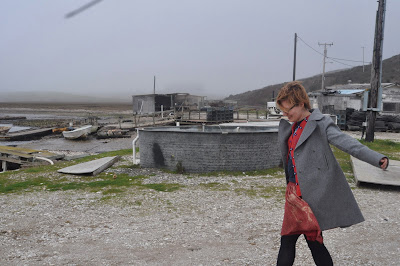 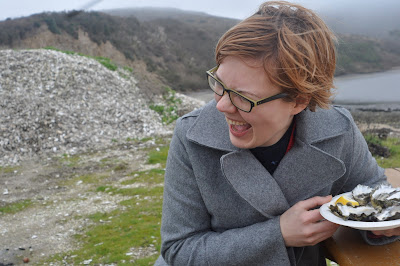 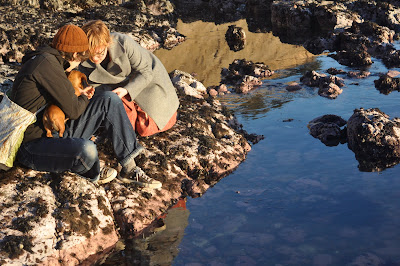 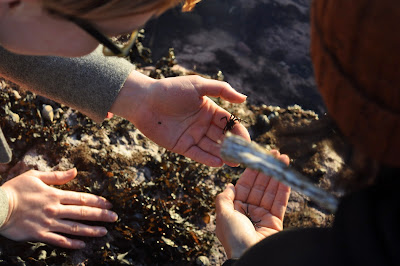 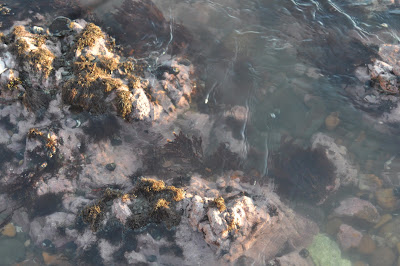 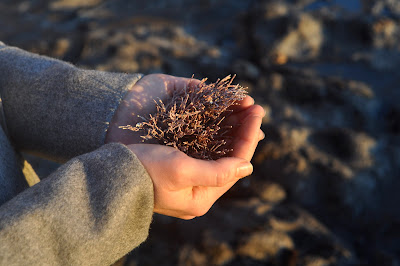 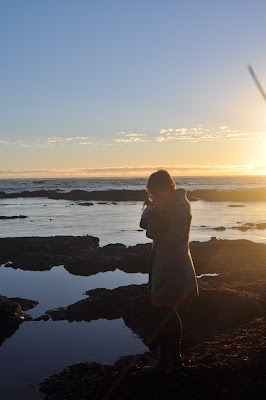 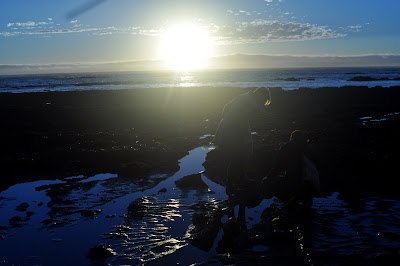 Alas, Ysolda had to leave. We wished she could have stayed longer - hopefully she will come back for more adventures!
Posted by Kristine at 5:47 PM

Gorgeousness and yay for hooky!

Man, those fog pictures are so beautiful.

So cool and lovely, lovely pictures!!