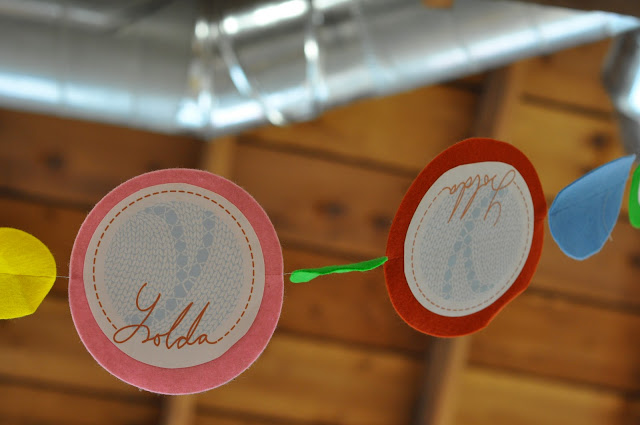 Since opening the new shop in November, we have had lots of special guests. Friday, January 14th was one of the most exciting days at the shop. Ever. We had a star studded cast of characters. Ysolda Teague gave an hour long speech. Ysolda and Cookie A signed books. And, we celebrated the artwork of Sonya Phillip, whose beautiful art we have been showcasing for the past month. I'm not sure we can fit all of this news in one blog post but I will do my best.

When Ysolda confirmed that she would be coming to the shop, a wave of pure excitement rippled through the shop. We've been selling Ysolda's self published books, Whimsical Little Knits I & II since the day the door to our old shop opened. The idea that this designer who we've been following and whose designs so many of us have knit, and whose photo we have seen many times as she is often times modeling her work, was kind of like having a bit of a quirky, slightly gothic, very talented, Sleeping Beauty come to life. Sorry to be kind of cheesy, though I have to say, now knowing her in real life, she is absolutely everything that you might assume from her images. She is sweet, whimsical is the perfect way to describe her. One of my favorite things about Ysolda is that she has an innate sense of color and how to wear it. Almost like when you see a beautiful photograph, color placed just so. Ysolda is that photograph. I guess it probably helps that she wore this adorable gold skirt - one of my favorite colors.


The sense I received from Ysolda while spending the weekend with her is that she has a dauntless quality which brings a sense of life, creativity, and freedom to her work. From hearing Ysolda speak, it seems that she gets an idea, explores the various methods as to how she can employ her idea, and if she can't find one that suits her, she creates her own path - as she did in self publishing her line of books. There is a lot of power in the approach and one that I can relate to in the growth of my own business. Hanging out with Ysolda also gave me a chance to vent a bit about work, the amount we work, and the importance of one's business to make a profit. I know this sounds like a no-brainer - though...ok, this is going into another blog post entirely. Point being, It was great to speak with Ysolda about business and the yarn industry. So though she is dauntless in her ideas and creativity, she is seemingly far from careless. Because I live off of my business for my livelihood, I really valued the seriousness, care, and hardwork she employs in her own business. 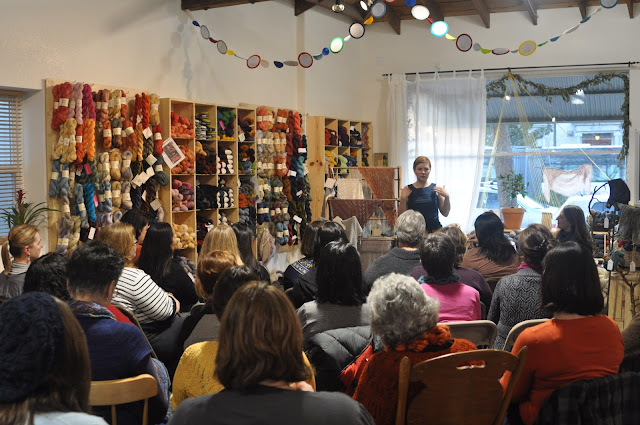 Hearing Ysolda speak was awesome. She gave us her history of how she came to designing knitting patterns. She also spoke a bit about the background of Whimsical Little Knits. One of my favorite things she commented on was wanting to make smaller projects, which Whimsical Little Knits is composed of, so it would act as little desserts between larger projects.


She then went on to describe her upcoming book, rumored to be released in March, called Little Red in the City (we have it pre-ordered, contact the shop if you would like one). This book is more technical than WLK and has a focus on fit. I think she said that right now it is up to 250 pages! Which makes sense because she has thought a lot about fit and has a lot of interesting things to say about it. 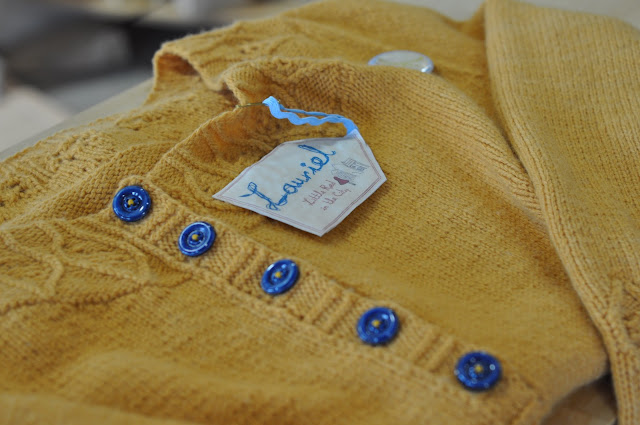 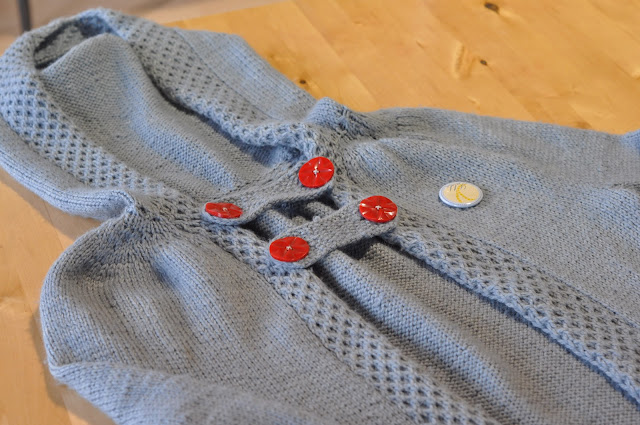 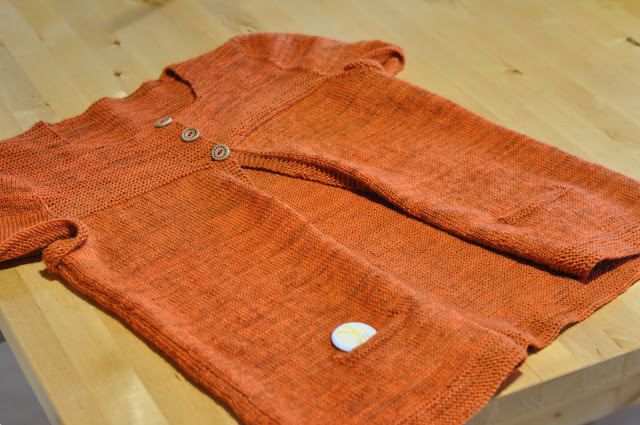 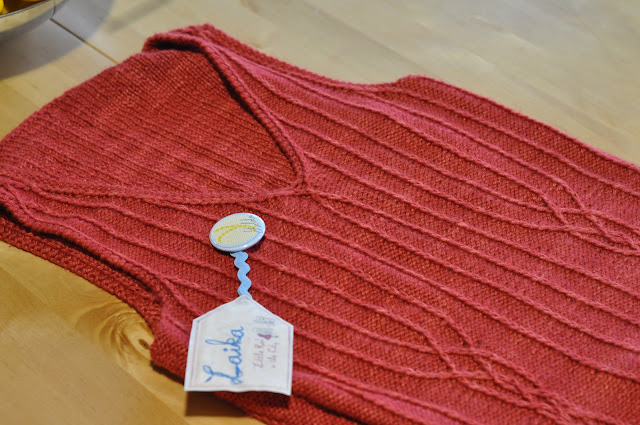 For instance, one of her goals of Little Red is to explore larger sizes. She has thoroughly examined different types of bodies and how knits fit. All of the patterns in the book have been knit into samples which include a plus size, and have been photographed as such. That way you know how a sweater will look on 2 different body types. Ysolda brought along a few samples from the book for people to try. Little Red, one reason that the book is at such a length is because there are so many exceptions to a rule. While Ysolda wants to guide you towards making the perfect sweater for your body, I sensed that she is also working to give you the tools to be able to change a sweater as you see fit for your body type as well as the confidence to do it. In other words, to learn the rules and then make your own path, in turn sometimes breaking the rules. 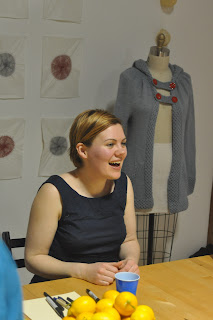 After Ysolda spoke, Ysolda and Cookie moved to the gallery to begin signing books. There was a very long line of hopeful knitters. So very sweet. As you probably know, Cookie has a new book out called Knit Sock Love. She self-published it and it is beautiful. The photography is rich and vibrant with color. Though there are some patterns in it which have already been published, to me the book is indicative of the body of work Cookie has created over the years. Almost like a retrospective. Of course there are new pattern too which are also awesome.

The work displayed behind Cookie and Ysolda which has been on display in our shop for the past month is by the artist Sonya Phillip. We were also celebrating Sonya on this night. Sonya is the first artist to display work in our gallery.

I love her work (and her too!).  Here are a few images of her work. She also has a new collection called Ordinary Objects, in which she finds, well ordinary objects, and knits onto them. The effect is awesome. Who knows, maybe you'll see some of her Ordinary Objects around the shop...If you haven't stopped in to see Sonya's work, I invite you to do so. 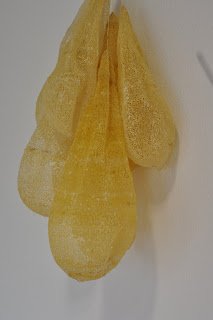 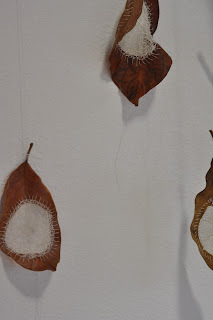 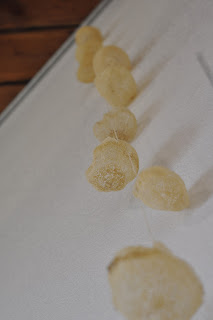 We have lots of goodies in store for you. Including a goodie bag!!

Another lovely post, my dear. I'm so glad you are blogging again!

What a gorgeous post! The artwork hanging is incredibly inspiring, not to mention Ysolda's designs.